The  unique TAMPA FORMULA shows you ...

How To Create Your Own

Without Wasting Time and Money!

As a business owner myself … I know how you feel about new business.

but I figured out a failsafe solution, and I will show you how to fix your new business problem.

To be honest… she didn’t think it was possible! 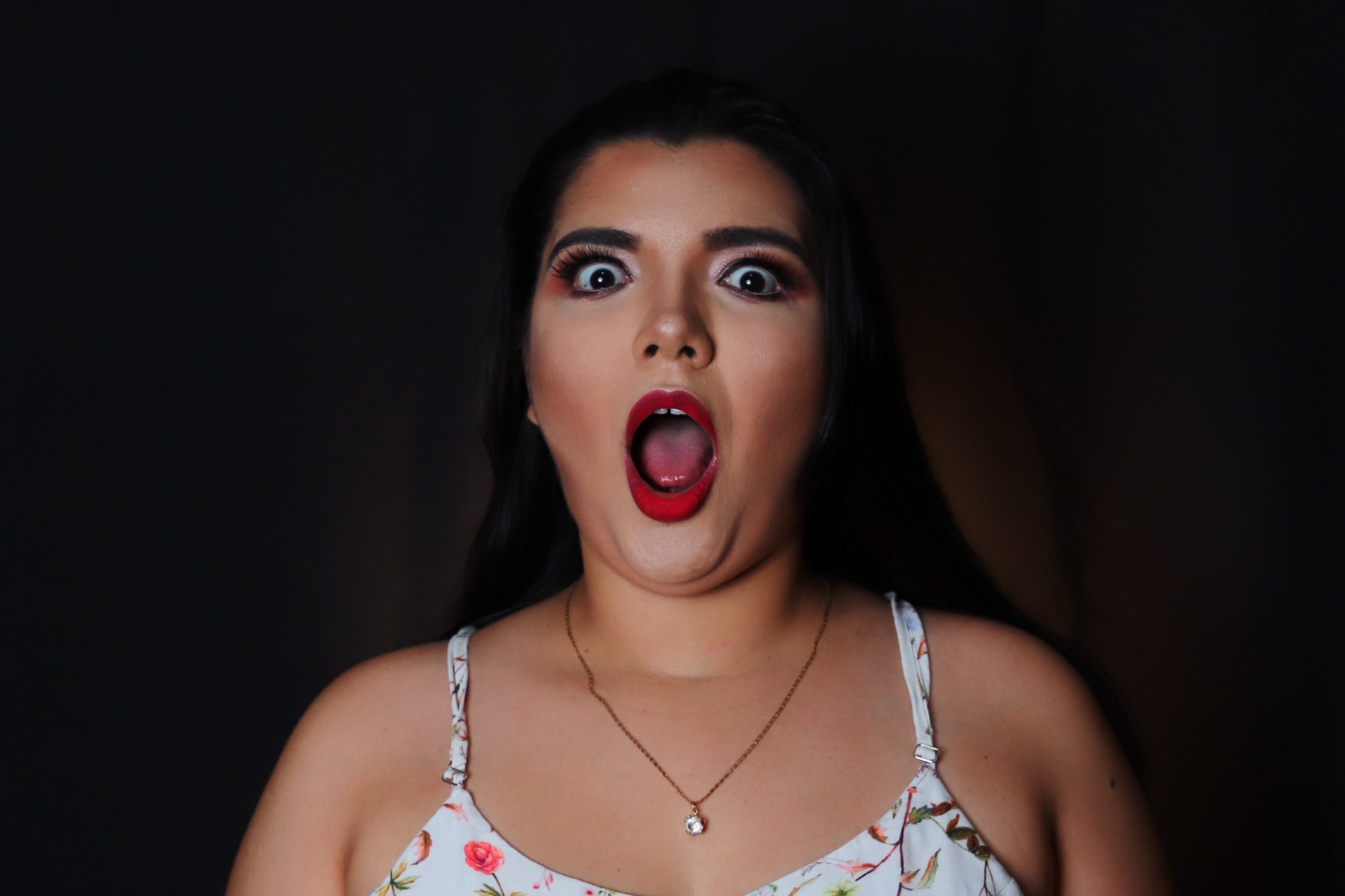 ﻿﻿Anissa ran a successful business but like a lot of other business owners was frustrated by the small number of high quality new business coming into her business.

Despite the high cost website, the expensive ads, referrals and a host of well meaning advice … her numbers told the true story.

From all her efforts and the money spent ... when everything was boiled down …she was only getting 5 new pieces of business every month.

Deep down she knew things could be better but she couldn’t see it.

Finally, at the end of her tether, she really looked for a real solution to her problem.

She stumbled upon the answer …

as her new business sky rocketed from 5 to 116.

How To Create Her Own Unstoppable and Very Profitable New Business Machine!

This is how YOU can attract all the new business you want, for any type or size of business …

With 5 simple and easy moves…

without expensive advertising, marketing, or discounting your products or services.

Like thousands of other business owners, over the past year … you will find that this will work for you, even if you’ve tried everything else without success.

Imagine never having to worry about new business ever again.

With the power of TAMPA, YOUR dream will become a reality, as I’ll show you!

The BIG PROBLEM ONLINE is that everyone is trying to be a 'GURU'.

This is not about trying to be like anyone else ... it is all about following the formula, the recipe for a specific end result.

Following the TAMPA FORMULA provides clarity, purpose, and structure so that you can add unstoppable and very profitable high quality new business.

Whenever you choose to do so.

It is your key to extra profit.

Lots of businesses, just like yours, have solved their new business problem by using the TAMPA formula!

But now they have been transformed and have more than 10X + their profit, enjoying an ever swelling bank account.

Now they are seen as a lot more successful than their competitors and totally respected by those around them.

Because… they discovered TAMPA.

Most , if not all of these businesses had tried several different ways in the past to deal with the new business problem. Only to be let down big time and some after spending a ton of money.

Those using TAMPA are no longer hostage to advertising companies, big tech or outside consultants.

As they have everything they need for speedy progress right inside the system.

CAN I ASK YOU…

When was the last time you failed to act and paid a big price?

I hope it wasn’t as big a mistake as…

Being one of the 13 publishers who turned down a story by J.K. Rowling, when she was a single, unemployed mom.

﻿﻿﻿ Then missing the opportunity of all the new business that “The Philosopher’s Stone.” future profits would bring - estimated a $24,751,000,000 in lost profits. Oops.

Or being the guy at Decca Records in January of 1962, who passed up the opportunity to sign ‘The Beatles’. And the untold profit that would have brought to the business.

Now not fixing your ‘new business’ problem … possibly won’t be as big a mistake as the above examples.

But it will leave you worse off than you could have been, haemorrhaging money and losing out to your competitors.

Just imagine, your business adding as much high quality new business as you choose…

Would this be beneficial to your business or not?

So what is so special about the NEW T.A.M.P.A FORMULA?

Well it is a five part system.

Knowing how to best implement these five aspects so they operate as one smooth highly effective RAMP system will increase your new business beyond your wildest dreams.

Most people using the formula got thousands (or tens of thousands) of times increase ...

Brian Is A Consultant Who 109X’d His Leads.

﻿﻿Alison Is An Ecommerce Seller and Course Creator Who 2.4X’d Her Conversion Rate.

﻿﻿﻿Tens Of THOUSANDS Of Entrepreneurs (In ALL Different Niches) Are experiencing the benefits of the TAMPA formula .. you could too!

Covid 19 has accelerated the move to online business for all types of businesses and as a result many are floundering and losing out because they do not have the right online tools.

To be successful in any endeavour and especially online ... your business needs the RIGHT TOOLS.

I want you to think about cutting down a tree.

You’re given a choice … No Tools or using tools.

Which would you choose?

To use tools right … only an idiot would try to undertake the task with no tools.

YET that is what lots of businesses choose to do online.

NOW YOU HAVE A CHOICE OF TOOLS

Which one would you choose?

If you are like me and like things easier and quicker, you’ll choose to work smarter and I guess choose the chainsaw.

I want to give you for free an online chainsaw.

It’s not that long ago that businesses could be successful online with only a website and the early adopters cleaned up big time.

In 1989 Tim Berners-Lee, a British scientist, invented the World Wide Web (WWW), while working at CERN.

The web was originally conceived and developed to meet the demand for automated information-sharing between scientists in universities and institutes around the world.

On August 6, 1991, without fanfare, he published the first-ever website while working at CERN, the huge particle physics lab in Switzerland.

In 1992 the Computing and Networking Department of CERN, headed by David Williams, did not support Berners-Lee's work.

They said it was not the core activity of CERN and was a misallocation of CERN's IT resources.

Following this decision, Tim Berners-Lee left CERN for the Massachusetts Institute of Technology (MIT), where he continued to develop the web.

By January 1993 there were fifty Web servers across the world.

Then between 1995–2004 its commercial power was recognized and everything exploded.

Today the website is recognized as the online widow of any and every business.

The internet has almost 2 billion websites because in a web-driven world, everyone knows you need a website for your business.

And businesses spend a lot of time and money on trying to build the perfect website.

However, the power of a simple website has over time diminished and the vast majority are totally ineffective in producing any benefit.

The Nielsen Norman Group Who Are World Leaders in Research-Based User WEB Experience state this…On the average, the Web doesn't work: In a study research found that 62% of Web shoppers give up looking for the item they wanted to buy online. The odds are against any company that wants to put up a website: it is estimated that 90% of commercial websites have poor usability.

And on average, 96% of the people who visit a website will leave without ever taking action.

They are the equivalent nowadays of trying to cut down the tree with a hammer.

Websites had to evolve and those that did … not only survived but prospered.

This happened with the introduction of the ‘Funnel’.

Funnels became the best way to get new leads and the smart online marketers started using them. Giving themselves a huge advantage over failing websites.

And with the right FUNNEL it all happens online… automatically.

However even with a Website Funnel there are LIMITATIONS!

Funnels are equivalent of the axe they are a whole lot better than a hammer and get the job done but they do have some serious setbacks in today’s online market place.

﻿﻿These are the Chainsaws of online marketing!

Build Profitable Relationships while Reducing the Cost of Sales.

Whether you are a small business or enterprise-level corporation, the right CRM software can boost your profits by almost 100%.

CRM software helps all businesses to learn more about their target audiences and how to best cater for past, present or potential customer’s needs, thus driving sales growth.

This is why I want to give you – Free Of Charge !

The World’s Fastest Growing CRM for Digital and eCommerce Marketers.

In just over one year 450,000+ businesses and people are now use this amazing software platform … to sell and promote their products or services online. . . Because it gives them an edge.

This is the bedrock for the T.A.M.P.A formula it covers the first essential …

Once you have gotten your CRM account you will have the right tools.

so you will be able to attract all the new business you want ... when you want !

Once you are in possession of your tools.

You will receive the next detailed sequences in the formula.

A = Audience. You will see how you can find and attract the right audience for your particular business.

M = Message. You will be able to craft the exact right message for your particular audience so they will take the actions you want.

You will discover the best way to promote your message to your specific audience the best way.

This is how you will be able to maximize everything.

Nothing’s Going To Stop You Now…

Everything You Need to Grow Your Business Is Here.

All the training and a massive e-learning library and everything you need to generate more website/funnel visitors, leads, sales, and revenue is at your disposal.

Whether it’s your first dollar, or millionth, your entire business can be powered up with the T.A.M.P.A. Formula.